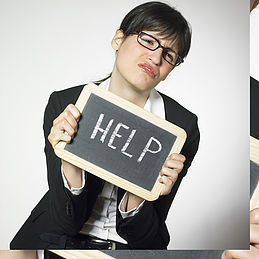 An article titled, “Trust This, 5 ways to tell if co-workers are unreliable,” by Thomas Koulopoulos was printed in the Tampa Bay Times on 2-12-17. Koulopoulos is an author and the founder of the Delphi Group, a Boston-based think tank. In this article, he describes 5 ways to spot unreliable co-workers. Koulopoulos describes telltale signals by untrustworthy co-workers that you should be on the lookout for in your organization. He suggests you should be wary of these people, as they can cause significant damage in undermining a team. I fully agree that these behaviors are disruptive and can wreak havoc in your organization.

However, I have a different take on the signs. As I read the 5 telltale signs below, I can’t help but view this through the context of EQ skills or lack thereof. Research has shown that EQ is a stronger predictor of success at work than IQ. When viewing the signs of untrustworthiness described by Koulopoulos from an EQ perspective, you gain control by having the ability to screen prospective candidates with a scientifically valid measure of EQ. Further, this perspective gives you the ability to consider if it is worth coaching these people up with a focus on EQ skills, or if not, you can coach them out. EQ skills can be measured and developed over time with proper assessment, coaching, and training.

The 5 Telltale Signs suggested by Koulopoulos:

1. “They lie to themselves. One of the most striking behaviors of untrustworthy people is that they are simply inconsistent from reality. When you encounter someone who seems disconnected from the actual impact that his actions and behaviors are having it’s a sure sign that he is trying to create a perception that conforms to his desires rather than reality.”

I would suggest that it’s possible that the person described above greatly lacks self-awareness. This is a fundamental skill of EQ. People that lack self-awareness benefit greatly from 360 feedback assessments and coaching. This is a skill that can be developed, but first you have to learn what your blind spots are.

2. “They project behaviors on you that are clearly not ones you are exhibiting. People who are untrustworthy also have an amazingly consistent habit of accusing others of behaviors that they themselves are exhibiting or are contemplating.”

I would suggest that the person described above is struggling to use the skills of emotional expression and assertiveness in a socially acceptable way.

I would suggest this is possibly due to poor use of self-awareness, emotional expression and impulse control.

4. “They show a lack of empathy. This is perhaps the one shared behavior of nearly every untrustworthy person.” He continues, “Even worse is that people who truly lack empathy have no awareness that they do, or they’re selectively empathetic when it serves their agenda.”

I would suggest we are back at square one, evidence of poor use of self-awareness and poor use of the EQ skill empathy.

5. “They have a pattern of inconsistency and fickleness in their decisions.” He continues, “These people are never certain why they are making the decisions they are making. We all change our minds now and then, but if someone has a pattern of consistently flip-flopping, look out. Nothing is anchoring that person to an emotional state you can trust.”

In this scenario, I would suggest a poor use of the following EQ skills: problem solving, reality testing, flexibility, assertiveness, and impulse control. Some of these skills may be overused and some underused.

The key is to strive to use EQ skills in a very balanced way. It is really easy to want to throw the baby out with the bath water when dealing with a co-worker that exhibits the behavior described by Koulopoulos. Sometimes, that might be the best option depending on the specifics of the situation. However, we should remember that another option is to screen candidates proactively for balanced use of EQ skills. For those that are already working for our organization, we can consider offering them 360 assessments and coaching to help them improve before we decide to kick them to the curb (in the right situation, this is a good use of the skill empathy).

KMACC SOLUTIONS, LLC offers EQi-2.0 assessments endorsed by the APA, individual coaching, and customized group training that focuses on EQ from a workplace perspective. Assessments can be utilized for individual contributors, teams, or leaders.

ent portfolio, debrief results, and provide coaching/training. Kris holds a Masters and an Education Specialist Degree, in School Psychology, from the University of South Florida.

We help organizations close the gap between vision and execution

We are a woman-owned company

Let’s have a conversation about your organization’s priorities and challenges. Contact us today for a free, no-obligation, 30-minute consultation.