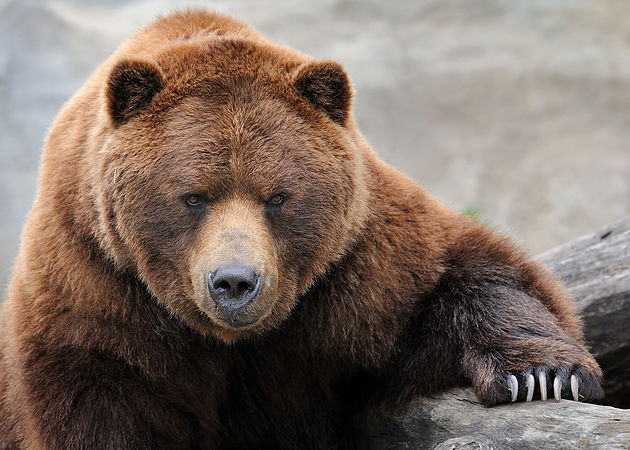 Grizzly bear (Ursus arctos horribilis) at the Brookfield Zoo in Brookfield, Illinois on May 3, 2011.

Unfortunatley, most of us have experienced the angst of working with at least one bear during our career. Sometimes they are predictably cantankerous and make the work environment toxic. Other times, we are caught off guard with their shape-shifting powers as they transform from a perfectly nice co-worker or boss into an angry bear, foaming at the mouth and emotionally hijacking everyone in their path. The focus of this article is aimed at the unpredictable bear.

While you can’t control how others will behave, you can do everything in your power to prevent yourself from antagonizing the bear. Also, you can employ strategies to disarm the bear so that everyone can get back to working in a healthy and productive work environment.

Recently, I was speaking with a director, of a very large department, within a large hospital system. The director was sharing with me that there had been some unproductive, anxiety producing meetings with a group of hospital directors and a C-suite executive from the hospital. The two previous meetings had everyone on edge. The normally amicable C-suite executive had transformed into a bear by going on a snarling tirade, expressing anger, and demonstrating his unwillingingness to listen. The directors left the meetings feeling dejected and anxious about the security of their jobs. Both meetings were a failure from a problem-solving standpoint. The problem had been highlighted, but brainstorming strategies to resolve the problem had never begun.

I suggested the following:

Empathy and Reality Testing: Try to objectively assess the situation with objective information at-hand. At the same time, try to understand the situation from the bear’s viewpoint.

I asked the directors to consider the fact that this normally amicable C-suite executive might feel like his feet are being held to the fire and that he is all alone in solving the problem. Maybe he feels that no one cares. (Right or wrong that is a possiblity). It is really hard to consider the bear’s viewpoint when you are feeling emotionally hijacked yourself.

My recommendation was simple. I suggested that at the beginning of the next meeting, the directors should try to disarm the bear before he starts snarling by clearly expressing that they understand that the C-suite executive is in a difficult position, that the problem at-hand needs to be resolved quickly, and that they are fully committed to working together to resolve the problem.

Self-awareness, Emotional Self-expression, and Stress Tolerance: It can be very stressful to work with a bear. Take an inventory of your emotions as they relate to the specific situation and to the bear. We can’t control how others choose to act, but we can control how we express our own emotions. Are your emotions and your expression of them antagonizing the bear? If you allow yourself to become emotionally hijacked you may find yourself sighing loudly, rolling your eyes, smirking, talking through clenched teeth, and pointing your finger angrily when speaking. Do you find yourself raising your voice and selecting a tone that matches the bear?

Again, my recommendation was simple. I am not suggesting that you should let someone walk all over you, but it is extremely important to maintain your composure in these situations, so that you can think clearly and make good decisions. When in the presence of the bear, heighten your emotional self-awareness and choose ways to express yourself in a measured, professional way. One of the best strategies is to pause before you speak. Also, choose your words and tone carefully by harnessing sincere empathy (this can become very difficult or even impossible if you allow yourself to become angry).

There may come a time, when it is appropriate, to have a frank discussion (once things have blown over and the bear has shape-shifted back to the amicable C-suite executive). When appropriate, it may be important to have a discussion about how emotions got in the way and slowed down problem-solving during the meeting and afterwards. Take an empathetic perspective, not an accusatory one, and you may be able to open the doors for more productive communication and problem-solving in the future.

What happened at the hospital?

What happened with the directors and the C-suite executive at the next meeting? I received a call about an hour after the meeting had ended. The directors put me on speaker phone and thanked me for the sound advice. The meeting was very productive and they were able to successfully disarm the bear.

We help organizations close the gap between vision and execution

We are a woman-owned company

Let’s have a conversation about your organization’s priorities and challenges. Contact us today for a free, no-obligation, 30-minute consultation.